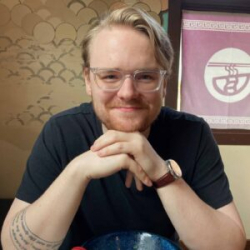 Arron Kluz
Arron is a featured team writer and lifelong gamer. Ever since he started playing games on his old SNES, he's been hooked. Once the Xbox 360 was released he quickly found himself hunting down achievements and trophies as fast as he could. There are plenty of games that he has only played for the achievements or trophies, but he also plays a little bit of everything, with a particular love for deep RPGs and skillful shooters. Currently, he is working to 100% both Pillars of Eternity games while he waits for the biggest upcoming releases and some standout indies.

Guerilla Games explored entirely new territory when it made its first open-world game, Horizon Zero Dawn. Now, the sequel Horizon Forbidden West has been released to give fans more of the series’ world to explore, new tools to experiment with, a brand new story with Aloy at its center, and a shiny platinum trophy to chase after.

Before breaking down each of the individual trophies you can expect during your playthrough, we have to look at the best way to approach your playthrough. This will ensure you get the platinum trophy in the least amount of time possible and make sure you don’t have to grind more than necessary.

Your playthrough begins by starting the story. When you begin the game, know that you can play on any difficulty and still get all the trophies. So, if you want to get through the game as quickly as possible, feel free to drop it on Story difficulty or go higher if you want a more challenging experience. You should also know that there are technically no missable trophies, although two dinosaurs used to be missable as scans. However, patches have fixed this issue, so they are automatically added to your log regardless of whether you scan them or not.

Also, note that you can approach the game’s content as freely as you want. I recommend mixing this step with step two to complete side quests that capture your attention and find any collectibles you come across along the way. You don’t technically have to do all of the side quests, but you will have to reach level 50 eventually and do a good portion of the side content to do so. Most side quests in Horizon also reveal a lot about the world and are worth doing just for that.

As you progress, invest your skill points into the Warrior tree. This will unlock more combos and allow you to complete the Pits without having to grind for skill points and return later on. You should also upgrade your gear as you go through the game to ensure you are consistently leveled and progress toward the upgrade trophies along the way.

Step Two: Side Quests and Collectibles

As you progress through the story, you can also complete the side quests you come across and grab any collectibles you come across. I recommend doing this before completing the story to get all the benefits of doing so as you play and to help you reach level 50 without having to grind for it after completing the story. Some side quests will unlock trophies, so you’ll want to do those at least, but as mentioned above, I recommend doing more than that to get as much out of the game’s world and story as possible.

Once satisfied with the amount of side content you have completed, you can finish the game’s storyline. If you prefer, this section can be completed before the above one, but I found the game to be the most enjoyable saving the story for last as this made sure I was well upgraded and leveled up going into the final sections of the game. It is important to note that after story completion you can freely roam the map and finish up anything you haven’t gotten around.

Depending on your playstyle you may get some or all of these trophies wrapped up earlier in your playthrough. However, many players will not naturally get all of these trophies, so they are best gotten at the end of your playthrough when you have the resources and skills to quickly clean them up. Once you have these done, you will have your platinum trophy and be ready to continue on to a new adventure.

Secured Passage to the Embassy

Flew on the Wings of the Ten

Obtained 3 Stripes at a Hunting Ground

Obtained 3 Stripes at All Hunting Grounds

Completed a Set of Salvage Contracts

Open world games can be massive time commitments for players that want to experience everything they have to offer. Thankfully, getting this platinum trophy does not require the player to complete everything in the game. However, doing so is more than worthwhile, as there is a lot of quality content in the game. So, you can invest as much time and effort as you want while pursuing the platinum trophy, and the game makes every hour invested worthwhile.

Answer: No, you can get the platinum trophy regardless of what difficulty you prefer to play on.

Question: Can you keep playing after finishing the story in Horizon Forbidden West?

Answer: Yes, after finishing the story you can free-roam across the game’s entire map.